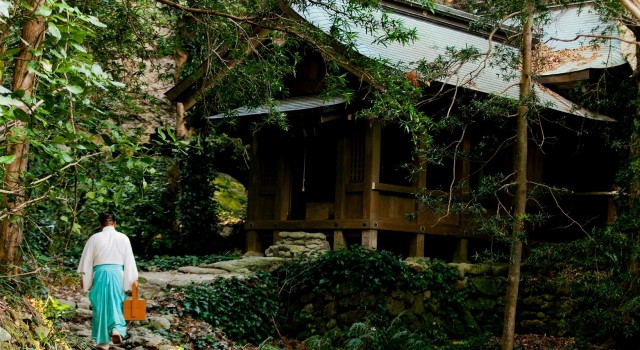 Okinoshima and Munakata Shrine: A Story of ‘Outstanding Universal Value’

On July 9, 2017, the United Nations Education and Social Organization (UNESCO) inscribed “Sacred Island of Okinoshima and Associated Sites in the Munakata Region” on its World Heritage List, recognizing the “Outstanding Universal Value” of eight properties related to the island, including all three sites of Munakata Shrine. The long-awaited decision marks the culmination of a nearly decade-long endeavor. This talk will narrate Okinoshima’s path toward World Heritage inscription, from the earliest account of its “treasures” by Kaibara Ekken in the eighteenth century to the 41st Session of the World Heritage Committee in 2017.

Lindsey E. DeWitt is a Japan Society for the Promotion of Sciences (JSPS) postdoctoral fellow, affiliated with Kyushu University. She completed her Ph.D. in Asian Languages & Cultures (Buddhist Studies) from UCLA in 2015.